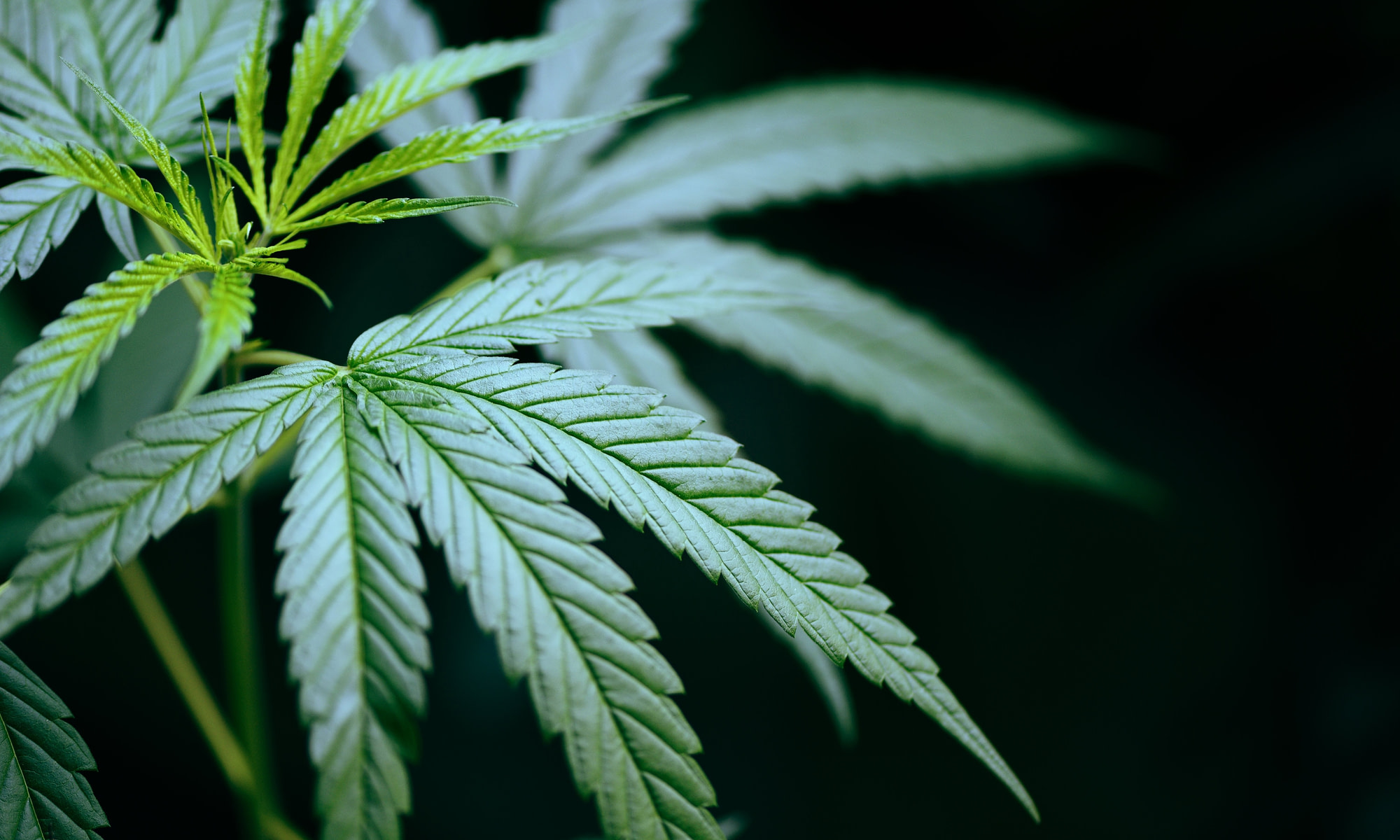 We know what you’re saying: where have you guys been hiding? Did you forget how to write? OK we hear you, but in our defense, it’s still officially summer. So what’s been happening while we were napping? Plenty.

Let’s start with one of our old favorites: drug testing in the age of recreational drugs, sex and rock and roll. On September 9, 2022, the NJ Cannabis Regulatory Commission released guidance telling us yet again that they have still not figured out the standards for the certification of Workplace Impairment Recognition Experts (“WIRE”). Consider this–in November 2020, the public voted to legalize recreational use and in January 2021, the constitutional amendment became effective and the enabling laws followed in February of that year. Those laws included the requirement of a WIRE to allow employers to engage in reasonable suspicion drug testing in anticipation of the throngs of buzzed workers meandering in following their AM bong hits. Yet the apparently overly mellow Commissioners don’t seem to be in too much of a hurry to get this WIRE thing rolling.  Instead, the new guidance tells us there is no perfect test for detecting cannabis impairment. Thank you for that news flash.

Remember, the reason for all this is that a NJ employer can no longer take adverse employment actions against an employee or applicant solely because they test positive for weed. That is in part because of how long Cannabis can remain detectable. So there must be objective signs of impairment before testing is allowable. The guidance suggests that to legitimize the employer’s mandate of a drug/alcohol test, employers should appoint an interim narc observer and develop evidence based protocols for documenting observed behavior and physical signs of impairment, which is the reasonable suspicion part. But get this—the guidance says that the interim sucker observer should be sufficiently trained to determine impairment. Right, isn’t that what the WIRE certification process, that they haven’t come up with yet, is all about?

There is some useful news. The Commission did develop what the guidance refers to as a Reasonable Suspicion Observation Report template, but which in reality is called the Reasonable Suspicion Observed Behavior Report  that this interim poor slob observer can fill out to help conclude whether sufficient reasonable suspicion exists to warrant the test. The form itself has some useful stuff, including the following: Determination of reasonable suspicion must be based on specific, contemporaneous, articulable observations concerning the appearance, behavior, body odors or speech. The form cleverly calls all of this, ABBS—an acronym that we bet absolutely nobody will ever use. But otherwise the form is pretty good and definitely worth using if you intend to require reasonable suspicion drug testing. So for now, use the form, while we go back to eagerly awaiting the development of the WIRE school curriculum and the construction of the WIRE academies.

If you have yet to update your drug and alcohol policies, give us a buzz (we know…it’s a cheap one but we’re just warming back up after a long hiatus). 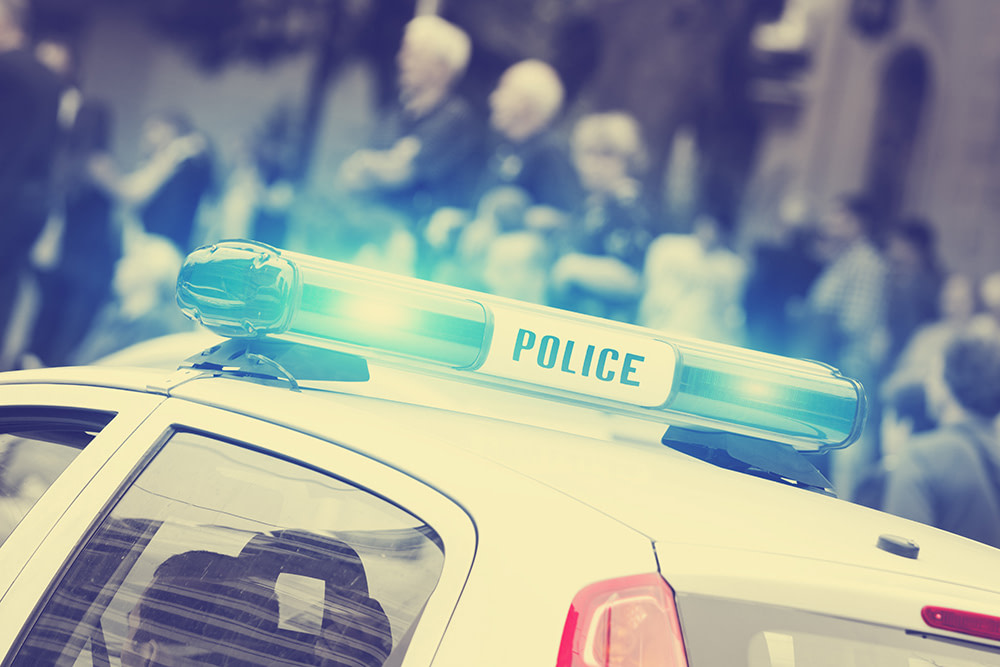 As you know, we try to take a slightly less lawyerly and lighter approach to our subjects. Not today. Mass shootings, whether in schools or workplaces, must be taken seriously. Between 2006 and May 2021, there have been 16 mass shootings in American workplaces with “mass” being defined as the death of 4 or more workers, not including the assailant. There was another one in Oklahoma last week. This data does not take into account those whose lives were shattered by gunshot wounds in these violent events. Also keep in mind that most workplace killings are not mass shootings. But they are shootings. In the four years between 2016 and 2020, there have been 1,763 workplace deaths by homicide with a gun in this country. By contrast, in that same period, there have been 221 workplace deaths by stabbing. Get the picture?

Let’s also remember that workplace violence is not just about employees shooting co-workers. The Tops Friendly Markets and Robb Elementary School are workplaces where employees were shot and killed by outsiders.

Obviously employers and employees are on the same side when it comes to preventing workplace violence and avoiding the devastation we’ve seen in the last few weeks. While OSHA does not have a specific standard for workplace violence, the General Duty Clause with which we all became too familiar during the Pandemic, requires employers to keep the workplace free from recognized hazards that are causing or are likely to cause death or serious physical harm. Workplace violence is for sure a recognized hazard, so employers have a legal duty to address it. Employers can also face legal claims under a number of negligence theories, including negligent hiring and retention.

So what can you do?

We thought about describing methods to identify warning signs among existing workers and how to avoid hiring someone who may kill your employees, but we resisted the temptation because the reality is that nobody ever knows who the next person to snap will be or what might set them off. Over the years, we’ve been asked many times whether it’s worth having security present for either significant reductions in force or the termination of a potentially volatile employee. Our answer is always the same. Do it if it makes you feel better. But the fact is that post-termination violence often occurs days, weeks, months or even years later. So our best advice is hope for the best, but be prepared for anything at any time.

Obviously, the likelihood is that none of us will experience such a horrific event. But there is no doubt that if there is a way to minimize the loss of life and injury, you’d want to know that you did what you could to prepare your employees. The steps you can take now include reviewing safety equipment, creating an active shooter plan, and training employees on what not to do and how to react if an event occurs.

Safety Assessment: A good first step is to have a safety expert assess your facilities and make recommendations. There might be places where you want to have multiple barriers to entry to the building and within the facility, such as locked doors between areas that could isolate an active shooter’s movements. Cameras inside and out and increased outdoor lighting may be helpful. Several well-placed panic buttons that can alert police and co-workers to a threat should be considered as an enhancement to an alarm system. A camera and intercom at the entrance that is controlled, so that only those authorized can be granted access, is a security norm. In larger facilities, or those in which the public is permitted, employee identification badges with pictures should be worn to more easily identify someone who does not belong.

Among the things we learned about the most recent school shooting is that while the classroom doors were locked, in accordance with the school’s active shooter plan, the killer may have shot through the small glass window pane and unlocked the door. Many schools around the country, with the economic means, have installed bullet proof glass in the classroom doors. There may be areas in your facilities where that is appropriate.

Have a Plan: Have you and your employees thought through what to do if there is an active shooter in your facilities?  There is no reason that workplaces can’t do exactly what schools do. Map out a plan. Identify escape routes to the outside, know which doors can be locked to isolate the shooter, and determine the spaces where employees can shelter and lock themselves in safe rooms. These might be spaces with no windows or those with bullet proof glass. If there are panic buttons, the plan should show their location. Clearly, when an active shooter is in the building should not be the first time to think about where to go and what to do.

Training: Once you have plan, employees should be trained in its content. The oldest generation in our workforce had air raid drills in school in which they practiced going under their desks. We all grew up with fire drills. Remember making that single file line when we heard the bell and knowing where to go on the playground outside the building? And sadly, the most recent generations have active shooter drills in school. So why not have an annual workplace active shooter drill to remind employees of the plan and to create some muscle memory on how to react.

Part of that training must include prevention. While it’s painful to even repeat this story, because only the shooter is to blame, among the facts that have been reported out of the Texas tragedy is that a teacher had propped open a door to the building, which is prohibited in the school safety plan. The killer may have entered the building through that door when the lock failed to engage after she hurriedly closed it. Sure, maybe he would have shot his way inside anyway. But maybe he could have been apprehended outside if he had that one extra barrier to get through. The point is that employees must be trained in what not to do, such as leaving barriers to the outside open or holding open the door for a stranger coming in behind them. You must also ensure that the plan is enforced at all times. This means, safety plan violations need to be met with disciplinary action.

While we believe that preparation is critical, we don’t want to ignore an employers’ role in addressing the mental health issues that contribute to workplace violence. According to one study, between February 2020 and February 2022, Google searches for same-day mental health services and centers for workplace mental health each grew by 1,300% and searches for “how to ask for a mental health day” grew by 1,000%. It is important that managers and co-workers watch for warning signs that an employee is struggling emotionally and understand that they have an obligation to raise their hand and alert HR and/or senior management. Legally, this is always a tough issue though because suggesting to an employee that they need help is also suggesting that they have a disability, which immediately puts an employer in the middle of a legal minefield. Don’t walk that tightrope without a net. We have helped our clients navigate that delicate balance many times. Doing so is worth the risk but it has to be done carefully. Among the most important proactive steps every employer should take is to ensure that your health insurance plan includes an Employee Assistance Program (EAP), which provides mental health services to employees on a confidential basis. Not only should your plan have an EAP, but we highly recommend letting employees know it is available, how it works and how to access the EAP.

As we watch the funerals of 19 children this week, let’s all do what we can to STOP THE MADNESS.